Amid the backdrop of an ongoing trade war between China and U.S., ASEAN countries must reduce trade barriers to spur growth and connectivity in the region. This was one of the key messages to emerge from the fifth edition of the Singapore Regional Business Forum (SRBF), the flagship event of the Singapore Business Federation (SBF).

In his welcome address to more than 600 representatives from over 50 countries, SBF chairman Mr S.S. Teo said “more can be done as businesses felt that non-tariff barriers across ASEAN are still significant impediments.”

For successful regional connectivity, Mr Teo explained that reducing the cost of trade barriers is essential for countries to effectively use trade as an engine of growth and sustainable development. He also spoke about financial services and the need to work towards more seamless cross-border investment. 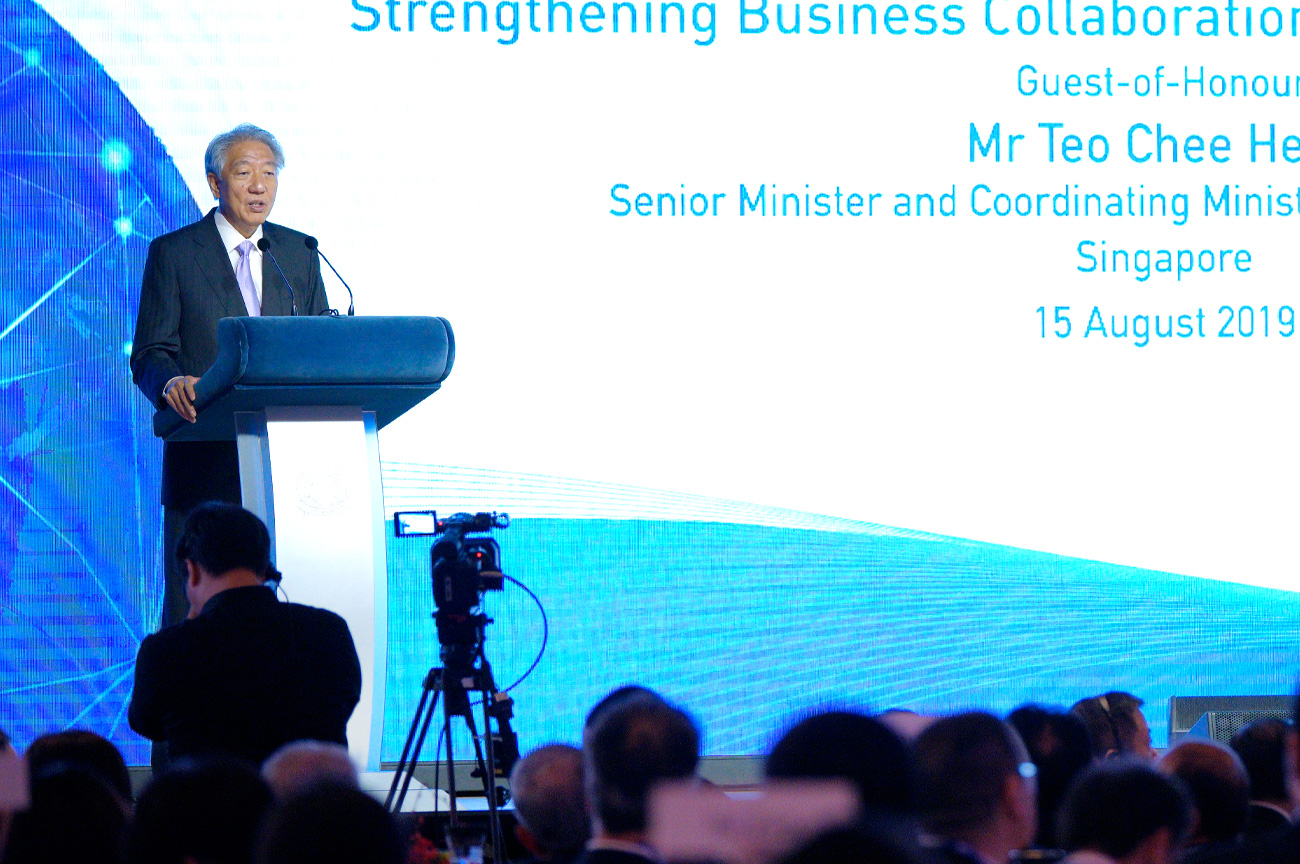 Infrastructure, and in particular China’s Belt and Road Initiative (BRI), took centre stage at this year’s SRBF. On this front, Mr Teo called for better cultural understanding and a greater appreciation of diversity in the region, as local firms look to tap on the infrastructure boom across Asia.

The Asian Development Bank (ADB) — which plans to open an office in Singapore to support the expansion of its private sector operations — has estimated that Asia Pacific needs more than US$22.6 trillion (S$31.3 trillion) worth of investment for infrastructure between 2016 and 2030.

This investment will be driven by mega projects such as BRI, Japan’s Partnership for Quality Infrastructure, and the Free and Open Indo-Pacific Strategy Initiative by the US, India, Australia and Japan to improve connectivity in ASEAN and Southwest Asia.

Meanwhile, a survey by SBF and PwC released at SRBF showed that Singapore is a preferred location for BRI opportunities. The city-state was seen by respondents as having the second most BRI opportunities at 57%, tied with Indonesia and just behind Vietnam at 66%.

Singapore businesses are already well-placed in terms of financial connectivity, with 33% of China’s outward BRI investments, and 85% of China-bound inward investments going through the city state, the study also showed.

Conducted in June and July 2019, the survey “Delving into BRI: How Regional Players Plan to Leverage BRI Business Opportunities” also found that smart cities and urban development was viewed as the top sector for opportunities at 43%. Respondents also identified political risk as the top challenge for getting involved in BRI projects. 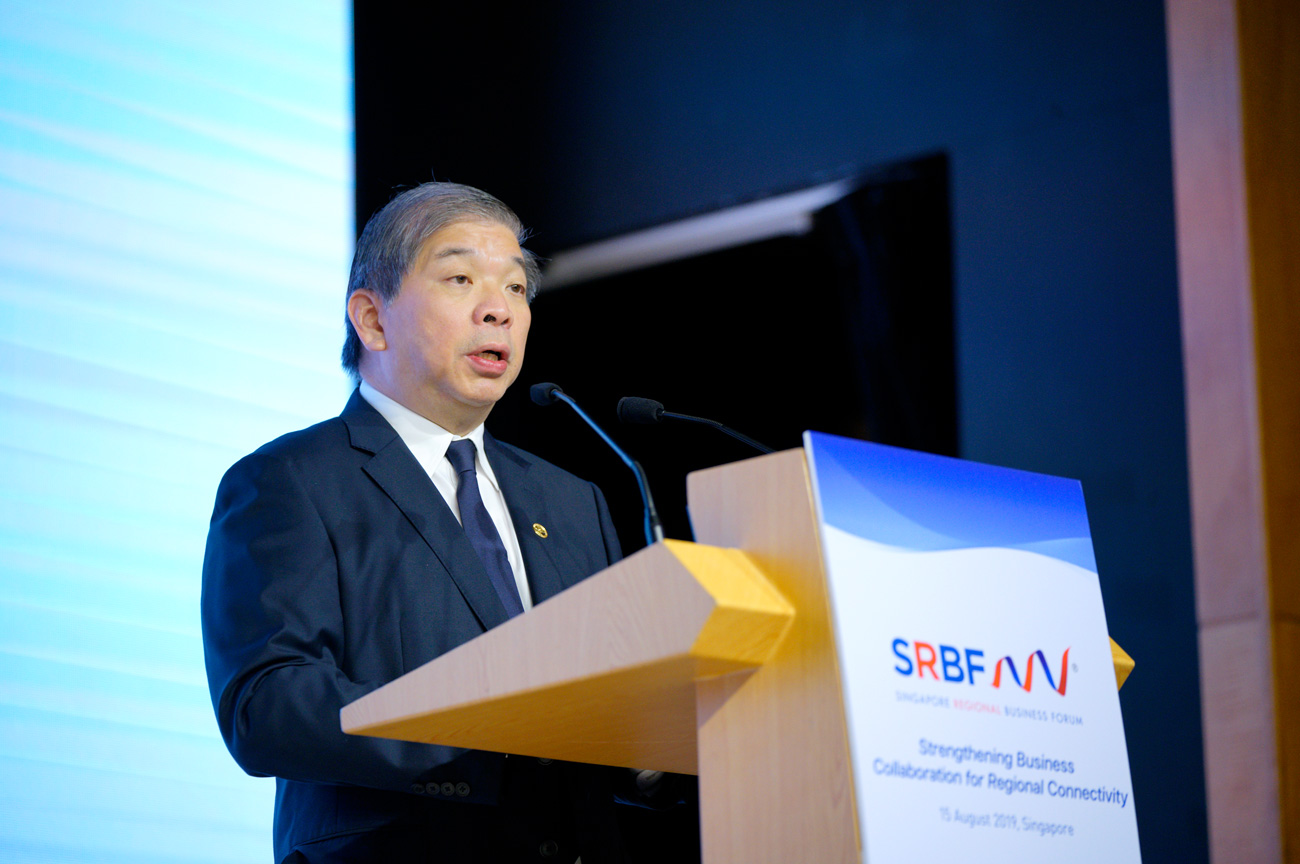 In his keynote address at SRBF, Senior Minister and Coordinating Minister for National Security Mr Teo Chee Hean called for Singapore to leverage its strengths to provide a platform to unlock the potential for further infrastructure development in Asia.

Among the initiatives undertaken to support Singapore’s aspirations in regional infrastructure are the creation of Infrastructure Asia — a government agency that is expected to invest around US$500 million in greenfield projects across Southeast Asia — and the development of the Singapore Infrastructure Dispute-Management Protocol (SIDP) for dispute resolution in mega projects.

The conference went beyond just talk, with four Memorandum of Understanding (MoU) signed at the event. SBF signed two MoUs — one with China Harbour Engineering Company to identify third-market projects for potential collaboration with Singapore firms under BRI; and the second with Chinese developers MCC Singapore and Union Development Group to strengthen cooperation on the sustainable development of the Cambodia-China Comprehensive Investment and Development Zone, and Cambodian Dara Sakor Seashore Resort.

The other two MoUs were signed by Pacific International and its subsidiary PIL Logistics. The former is an agreement with the ASEAN Federation of Forwarders Associations (AFFA) to collaborate on multilateral trade in shipping and logistics between China and ASEAN, while the latter will see PIL Logistics and China’s Hodo Group — a joint developer of Cambodia’s Sihanoukville Special Economic Zone — leveraging each other’s strengths.

For more information about the Singapore Regional Business Forum, visit www.srbf.com.sg or email our team at market.cna@sbf.org.sg