Asia needs to find ways of financing its infrastructure or risk slowing growth. This was the message to delegates at the inaugural Singapore Regional Infrastructure Summit (SRIS) organised by the Singapore Business Federation (SBF) in August. In 2017, the Asian Development Bank (ADB) estimated the gap between infrastructure needs and available funding in Asia to be around US$459 billion (S$636 billion) each year.

SBF chairman Mr S.S. Teo noted that the region needs to explore and find creative solutions to fill that gap. One solution could be Public-Private Partnerships, while another would be to utilise multilateral funding sources such as the ADB and the Asian Infrastructure Investment Bank (AIIB). However, it is not a one-size-fits-all method, Mr Teo warned during his address at the SRIS, which was held in conjunction with the Singapore Regional Business Forum.

In her keynote address, Ms Indranee Rajah, Minister in the Prime Minister’s Office and Second Minister for Finance and Education, said that public sector financing alone was not a sustainable solution to meeting infrastructure demand. This was especially so in Asia, where public sector financing stands at 90%, compared to 70% for emerging markets and 40% globally.

The burden can be especially heavy for Asian governments, as the continent is slated to represent nearly 60% of global infrastructure spending by 2025, according to a PWC report. 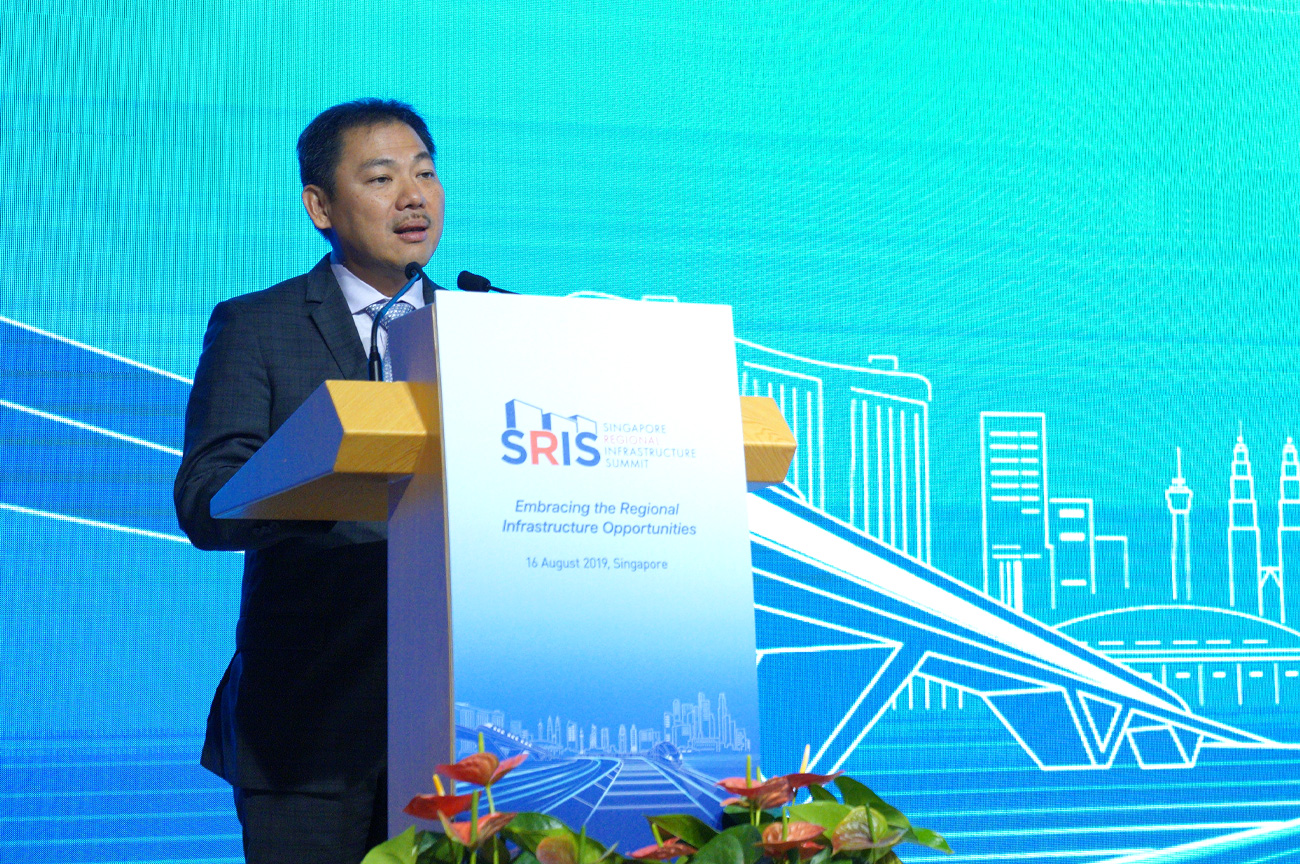 The need for bankable projects

The long-term nature and scale of infrastructure projects require the involvement of private sector or foreign investors. However, these players will only be attracted to projects that are sufficiently bankable, amid concerns that expected returns may not commensurate with the risks, said speakers at a panel session.

“Governments like to be conservative and would prefer more risk to be taken up by the private sector, but too much risk is not bankable,” said Mr Tonny Yeap, Director, Commercial at MyHSR Corp. Malaysia.

Additionally, infrastructure projects have a failure rate of more than 20%, added Mr Pang Yee Ean, Director General for Investment Operations, Energy and Urban at AIIB. To make projects more bankable, the panellists said governments need to share the benefits fairly with private investors, as well as ensure stability in terms of laws and regulations.

In his speech, Mr Pek urged Singapore companies to “have a radical mindset change and venture out of their home ground”, adding that if companies focus only on opportunities in Singapore, “we are competing in a small pond, and a business cannot grow to be bigger than the pond it is swimming in.

To be competitive, collaboration is key. He said, “If we don’t come together, we will not have the scale required to compete in the infrastructure space where the projects tend to be large scale in nature.