Jordan: Gateway to the Middle East

Ascott, the largest owner and operator of serviced residences in the world, is looking to expand its business in the Middle East by setting up operations in Amman, Jordan. The Singapore-based hospitality group is drawn to the country because of its political stability and steady economic growth.

The company plans introduce its flagship “Ascott”, as well as “Citadines”, brands to meet the high demand for quality extended stay offerings from business travellers and medical tourism visitors. Amman is home to a large number of financial institutions and is considered to be a top medical tourism destination in the Middle East.

“We are optimistic about the prospects of internationally branded serviced apartments in Amman because of the obvious gap in the market. We also acknowledge that there is a large influx of travellers from the Gulf Cooperation Council (GCC) countries, where we are well established across our brands, for either leisure, business or medical treatments,” said Mr Vincent Miccolis, Regional General Manager (Middle East, Africa, Turkey & India).

Amman will naturally complement our serviced apartments offerings in the key cities of the region. 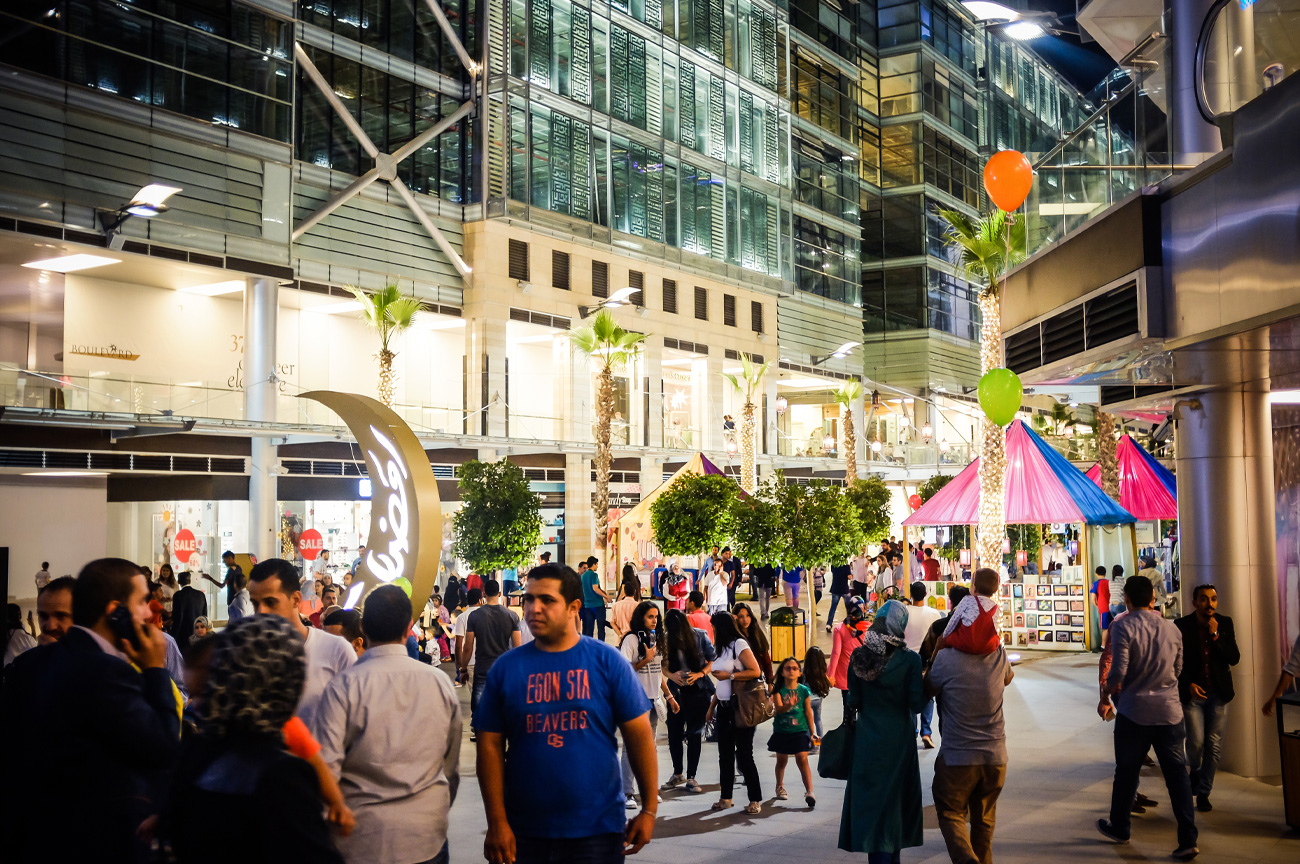 Abdali Boulevard is the new downtown of Amman City, fun destination for for all family during Ramadan nights

Ascott is one of a growing number of Singapore companies looking to do business in Jordan and the surrounding markets. Local firms keen to do business in the country can explore opportunities in the growing industries of infrastructure, hospitality and tourism, as well as technology, said Mr Shamsher Zaman, Singapore’s non-resident ambassador to Jordan.

Singapore enterprises can also use Jordan as a platform to enter other Middle East and North Africa countries. One market that holds plenty of potential is Iraq, the ambassador said. “Singapore companies can set up their office in Jordan or tie up with Jordanian companies to enter North Africa and other countries. In Iraq, for example, there is a lot of reconstruction work that has started. So there is plenty of opportunities in every sector in there.”

One Singapore firm that is already using Jordan as a gateway to the region is TerraWeather, a technology company offering weather modelling services. “We want to collaborate with Jordanian technology companies to take this to the next step in the Middle East, alongside our AI partner, NVIDIA,” said Mr Christian Jonathan, Business Development Manager at Terra Weather.

“Jordan is an excellent landing pad to the Middle East, having free trade agreements with 17 Arab countries as well as Singapore. With its ICT sector contributing 12% of overall GDP and 70% of the population being under 30, Jordan is set to become the digital innovation powerhouse in the Middle East.”

Jordan also has free-trade agreements with the United States and European countries, which enables Singapore companies with manufacturing operations in the Middle eastern country to sell to these overseas markets without being limited by quotas on the volume of products that can be exported. 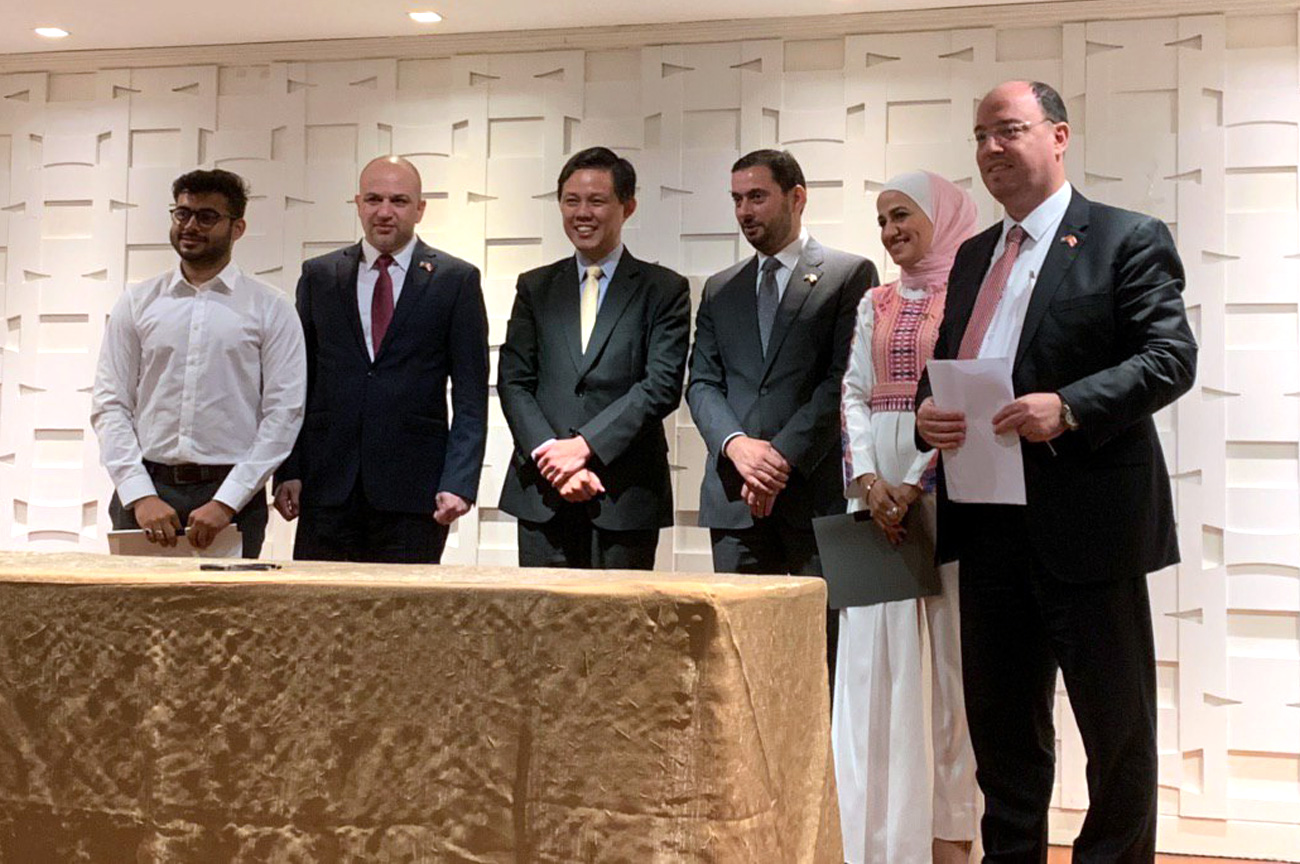 Business ties between Jordan and Singapore received another boost in June with the hosting of the Singapore-Jordan Business Roundtable. Leading companies from both countries attended the event, which was co-chaired by H.E. Chan Chun Sing, Singapore’s Minister for Trade and Industry and H.E. Dr Tareq Al-Hamouri, Jordan’s Minister of Industry, Trade and Supply.

Jointly organised by the SBF, Enterprise Singapore and the Jordan Embassy in Singapore, the Roundtable was attended by 24 established Singapore companies from various sectors, including agribusiness, info-communications technology, infrastructure, manufacturing, shipping and logistics, hospitality and general trading.

“Through sessions at the Roundtable, companies get a better appreciation of the business landscape, for example, with regard to government policies, economic and urban development plans, and investment opportunities, particularly in high-growth sectors,” said SBF Chairman, Mr S.S. Teo.

Businesses from both sides identified areas for mutual cooperation, including energy, water management, urban solutions, and halal-food-regulation certification. Singapore and Jordan would also function as gateways, respectively, to ASEAN and South Asia, and to the Middle East and North Africa.

According to Mr Zaman, such exchanges will help Singapore companies have a better chance of finding the right Jordanian partner to help them navigate Middle East markets. “One thing that is important in the Middle East is that there is a thin line between business and personal relationships. If you don’t know anybody here, it is hard to start a business. So finding the right partner is half the job done.”

Want to learn more about markets like Jordan? Let us know your interest in new markets for 2019/2020 here.

Why arbitration makes sense for businesses