How to manage data breaches

As companies move more of their operations online, the threat of cyberattacks and data breaches has become a growing concern for management teams. To help organisations manage and respond to data breaches more effectively, Singapore’s Personal Data Protection Commission (PDPC) issued a Guide to Managing Data Breaches 2.0 in May this year.

In the updated guide, a data breach is defined as an incident that exposes personal data in an organisation’s possession to the risks of unauthorised access and use. According to the guide, “Data breaches often lead to financial losses and a loss of consumer trust for the organisation”.

As such, it notes that organisations should have in place monitoring measures for early detection and warning for possible breaches, and a data breach management plan for reporting and assessing a data breach.

The guide also sets out the steps that organisations can take in responding to a data breach, which we present below. You can find the full guide here. 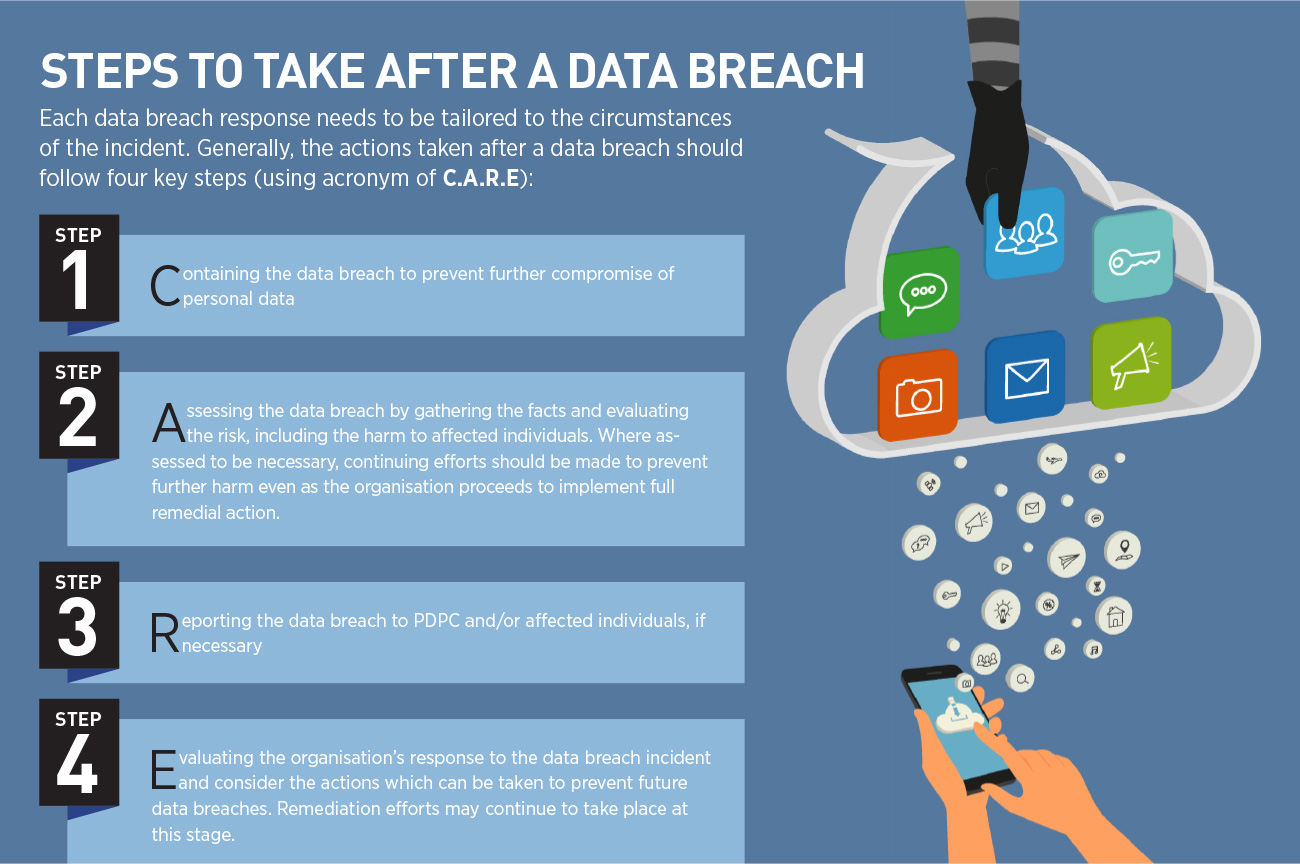 Over 900,000 customers of Philippine-based pawnshop Cebuana Lhuillier were affected by a data breach that was detected in January this year. According to Cebuana, customer information such as date of birth, addresses and sources of income were accessed. The hack involved an email server used for marketing, with unauthorised access starting in August 2018.

Confidential information belonging to 14,200 people diagnosed with HIV was stolen and leaked online in Singapore earlier this year. According to the Ministry of Health, the compromised personal data included names, contact details, HIV test results and other medical information of some 5,400 Singaporeans and 8,800 foreigners dating up to January 2013.

In March 2018, it was revealed that the identity documents of around 45,000 customers of Thai telco True Corp had been exposed. The 32GB data cache included 45,736 files, consisting mainly of JPG and PDF scans of identity documents including scanned ID cards, driving licences and possibly passports.