Seen as part of China’s broader effort to open its economy, the new legislation seeks to address common concerns of foreign enterprises doing business in the world’s second largest economy. These include unfair treatment regarding market access and government procurement, forced technology transfer to Chinese partners and the theft of commercial secrets from foreign businesses in China. 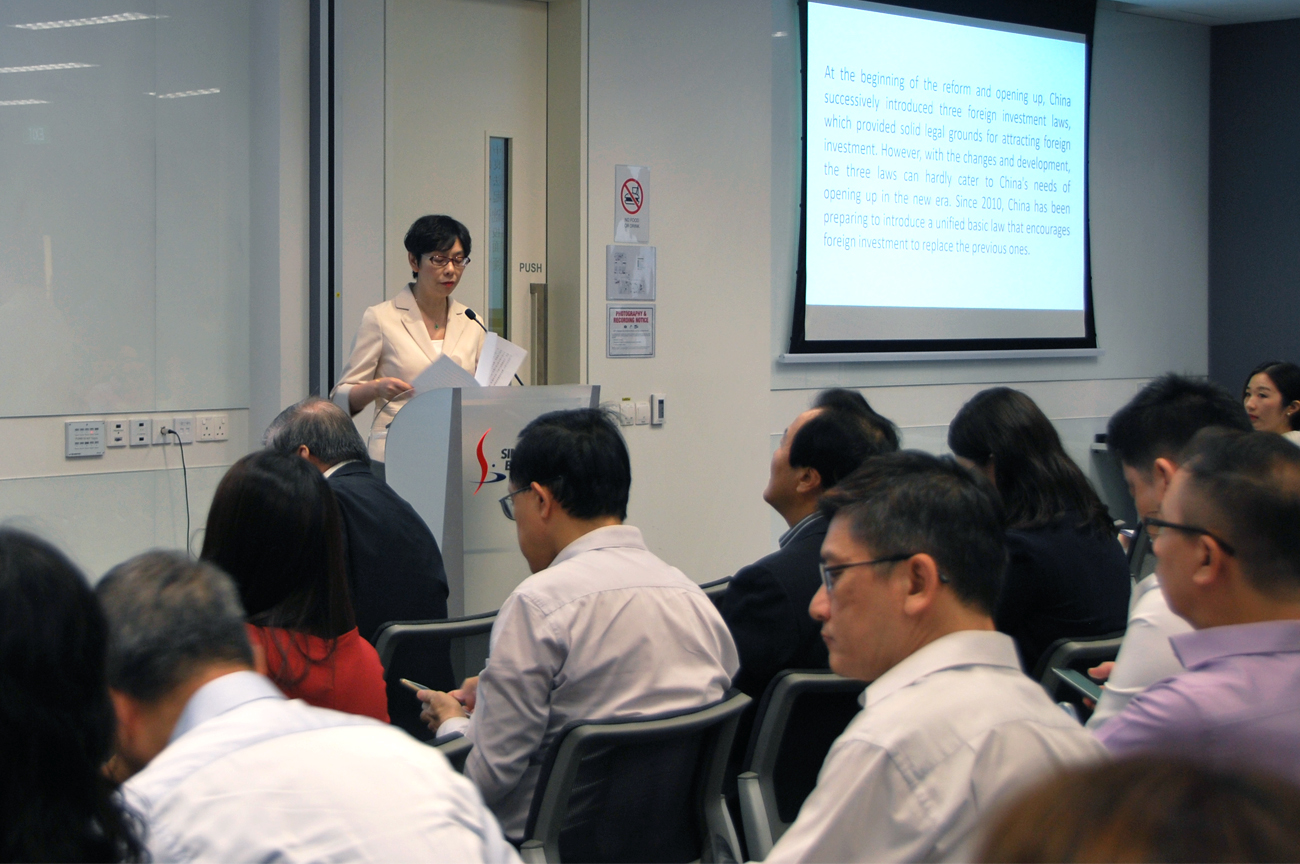 For instance, the FIL bars Chinese JV partners from stealing intellectual property and commercial secrets from their foreign partners. It not only prohibits government officials from using administrative measures to pursue forced technology transfers, but also makes them criminally liable if they do so.

The FIL will govern the activities of all individual foreign investors and foreign-invested enterprises, which include both wholly foreign-owned enterprises and Sino-foreign joint ventures.

Mr Jeffrey Lee, Chief Financial Officer of Singapore-based technology company Crimson Logic, said that the implementation of the FIL “promotes a positive business environment that will encourage more foreign investors to China to establish a business presence to tap on the enormous market potential of the country”.

Mr Chia Kim Huat, Regional Head of Corporate and Transactional Practice at law firm Rajah & Tann Singapore, believes that the FIL would help to level the playing field for many industries. However, investment in certain sectors on the “negative list” will still be subject to foreign investment restriction and approval process.

Going forward, Mr Chia hopes to see China opening up further in the telecommunications, technology and electronic payment and services sectors, as “China has the largest group of netizens and presents great market opportunities for foreign investors to launch and market their e-products and e-services”.

Meanwhile, Mr Lee said that China should also look at streamlining its tax regime and financial systems and policies to make it easier to conduct business in China.

In April, SBF, with support from the Chinese Embassy in Singapore, organised a sharing session titled “China’s New Foreign Investment Law and Business Environment” to help Singapore businesses learn more about the new legislation and regulations, as well as its implications for Singapore investors.  Close to 200 senior representatives from Singapore’s government agencies, trade associations and chambers, large enterprises and SMEs attended the event.

Find out more about China’s Foreign Investment Law here.
If you wish to be informed of such events related to China and North Asia, please contact market.china@sbf.org.sg.

Ya Kun: transforming for the digital age

How to dress right for work