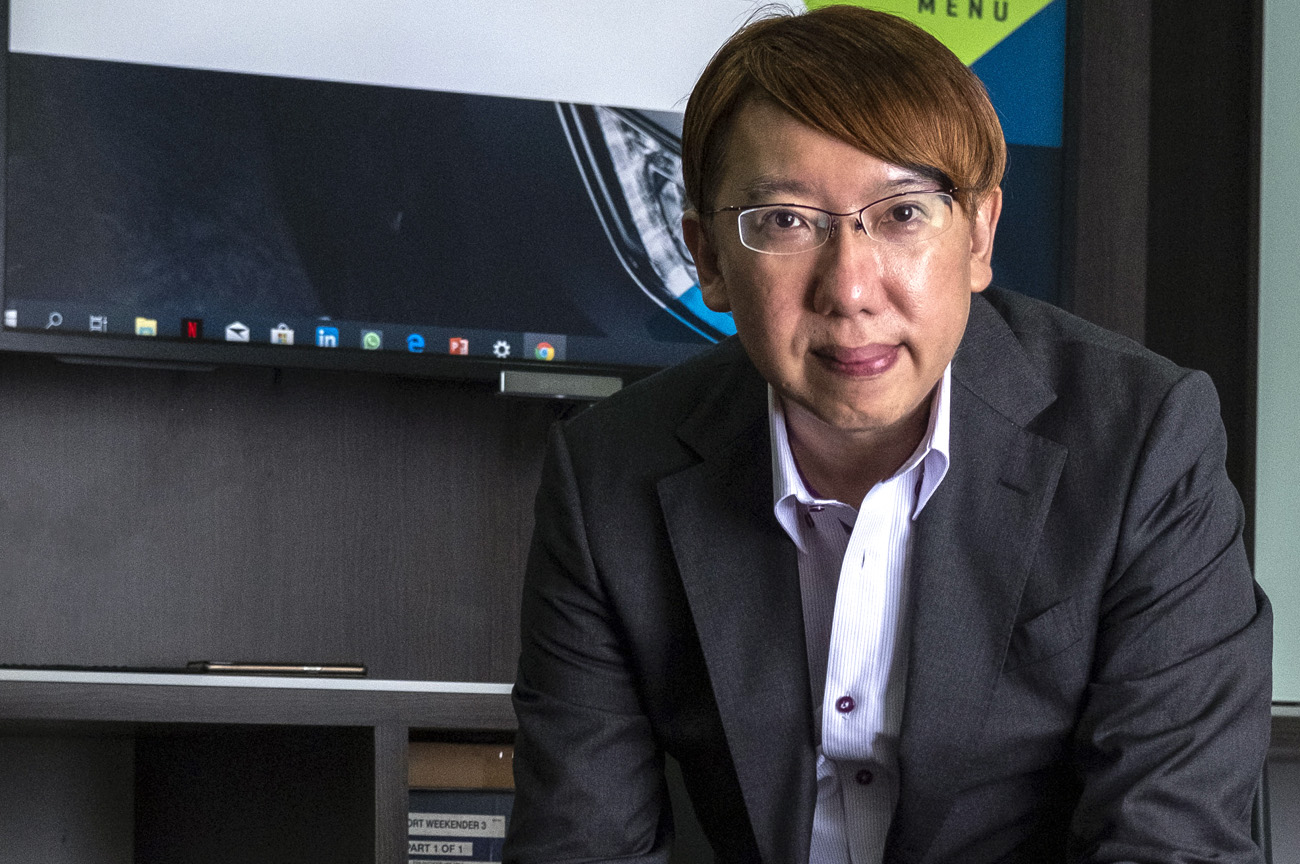 When were you at SBF and what was your role there?
I was the Chief Operating Officer at SBF from 2010 to 2015 . My focus was to create value add and make SBF relevant to its membership. To do this, I had to convince local businesses the value of being a member. This is especially significant when 70 per cent of the SBF membership base are SMEs with less than $100m revenue. There was a domestic-focused industry association, for example, who highlighted that it did not benefit from SBF’s activities which were initially focused on internationalisation.

What were some key initiatives that you led?
To demonstrate value-add to these members, I strategised a series of activities that focused on SME capability building programmes like technology, productivity, business continuity and mentorship. In addition, I leveraged the EDB’s Global Asia Hub programme, which anchors MNCs to Singapore, to facilitate spin-off business opportunities for SBF members. We also brought in seasoned business veterans like Wong Fong Fui of Boustead and Poh Choon Ann of PTC Logistics to be mentors. Our members saw the value that SBF provided as a platform to connect to thought leaders. Across 2012-2015, another key focus was to demystify productivity and catalyse companies in their effort to become more productive.

With our growing understanding of SMEs, I also helped set up the SME Committee in 2012 which brought together business leaders to look at broader issues across rising business costs, tenancy, technology adoption, sustainability, financing and internationalisation. For the first three years, the SME Committee brought constructive discussions at public forums and had some success influencing budget policy changes.

Some of these include increasing focus on encouraging consortium formation for businesses to hunt in packs, encouraging innovation and more focus on SME intellectual properties formation by SMEs, focus on overseas infrastructure project financing, enlarging the quantum of SME micro-loans by Government.

What do you think was the impact of your efforts?
With these activities, we evolved our role to be the advocate for the business community to the Government. More of our members lauded our effort and attendance at our workshops and business missions grew. Our mentorship programmes were even attended by publicly-listed companies. Members grew from 15,000 to 21,000 and participation in SBF activities grew from 62,000 to 73,400 in 2015.

What were some of the challenges you faced?
An association like SBF falls between a public agency and a private organisation. We had to think of the national mandate like an NGO, yet there is a need to generate a sustainable stream of revenue to grow the secretariat.

This necessitated a new approach of balancing a public mindset with private sector understanding. The challenge was how to instil a new culture and mindset to achieve this balance as our colleagues were either from government or private enterprise.

What was one of the more memorable highlights of your time there?
In 2010, the Government had set up the Economic Strategies Committee (ESC) which was chaired by DPM Tharman to plan for the next 10 years. Many SBF council members were represented in that committee. As part of this planning, we had weaved in the third thrust of ESC emphasising Trade Associations and Chambers’ (TACs) bigger role to help local businesses grow and internationalise. We had also suggested aggregating associations into a trade association hub.

SBF reinforced its role as the Apex Business Chamber by coordinating the effort among the various TACs. To this end, we developed and co-ordinated a series of national-level programmes with the TACs across the platforms of the National Productivity Conference and Awards and the SME Committee.

What do you miss most about working at SBF?
The macro view and the platform where I get to address some of the pressing issues facing the nation and the business community. It was a place where I got to hear the collective views of 200,000 businesses and felt the pulse of what was happening on the ground. It prompted the launch of the SBF SME Index -whose findings reflect the sentiments of local businesses – which is regularly published and has been referenced by local mainstream media since 2012. Sensing without action is incomplete, so I was gratified and privileged to voice their concerns through the SME Committee and formulate programmes to effect changes.

Where are you working now?
In 2018, I travelled and garnered a globalised view across Silicon Valley and London stock exchanges, studied and assessed thought leadership across Harvard, MIT, Oxford Fintech and Cambridge University. As the business world is heavily disrupted, there is a need to facilitate business growth, internationalisation and foster scale. I am now the Managing Partner at Stout Limited, which is headquartered in the U.S. Stout, one of the largest independent valuation and investment banking firms consistently ranked Top 3 of fairness opinion provider*, specialising in M&A, Dispute Consulting and Strategic Advisory, and working with 44 per cent of Fortune 500 companies

It has a joint-venture with China-based Bluepeak Group which specialises in cross-border acquisitions in Asia. Many of the firms which I used to help during my appointments in SPRING Singapore and SBF are now seeking M&A as a growth strategy. Concurrently, I have founded Global Catalyst Advisory with like-minded partners to help businesses in strategy advisory and to develop technology, digitalisation and internationalisation capabilities. 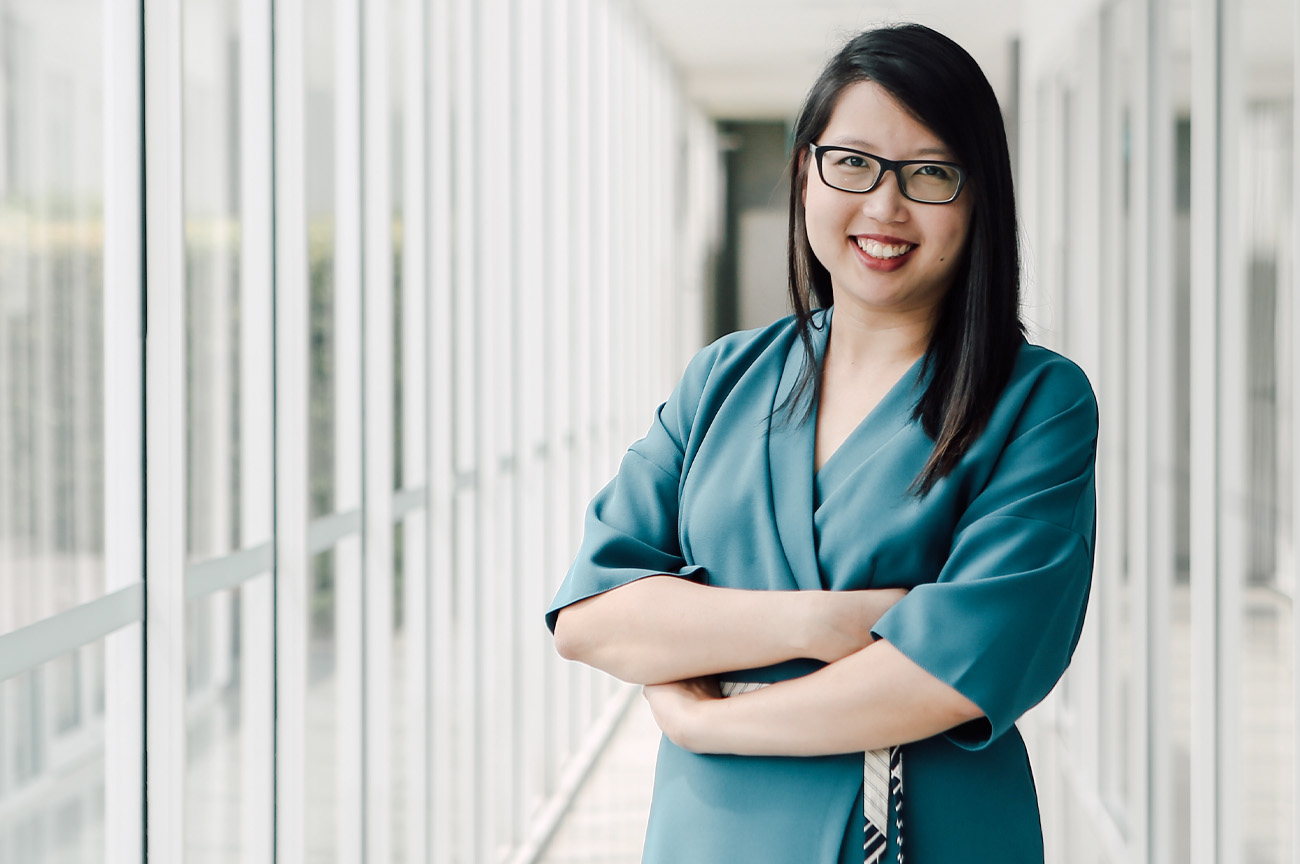 When were you at SBF and what was your role there?
I joined SBF after my first job with HSBC in the private banking sector as a portfolio management analyst. I decided to switch industries because of my love for international relations and inter-cultural work. Additionally, I read Spanish in college and Russian post-college, and thought I could use the opportunity to apply my language skills.

I was there from 2007 to 2010 with the Global Business Division, where I held the portfolio for Americas, Middle East and Africa region. I also served in the Asia-Pacific Economic Cooperation Business Advisory Council Secretariat when Singapore hosted the 21-member economies in 2009.

My work involved researching the opportunities and risks for various countries and regions for Singapore businesses, and providing recommendations on market entry strategies. Often, we would conduct business mission trips, study visits, events and strategic meetings to help raise awareness, and to develop and connect market interests.

What did you find most fulfilling during your time there?
The work was very dynamic and ideal for people who like to try everything at least once in their lifetime. Another aspect of the work that I found extremely fulfilling was the opportunity to be involved in many high-level international governmental and business meetings where policies and national strategies were formed.

Any interesting anecdotes?
There were instances where we had presidents and prime ministers, or even an entire delegation, go missing for a while from an event because their staffers had lost them or led them elsewhere! Luckily, we always found them in the end.

What SBF initiatives did you think had the biggest impact on the business community when you were there?
I think the advocacy work at SBF is very important in helping to align policies to the realities on the ground. It provides businesses with a voice, and access to policymakers so that better policies can be designed to facilitate a more conducive business environment.

What do you miss most about working at SBF?
One of the saddest things I had to let go when leaving SBF were my teammates. Work at SBF can be tough. There were days where I literally spent 20 straight hours in the office, but the people there made a great difference and brought new meaning to the work.

Where are you working now?
I am now working at the National Volunteer & Philanthropy Centre and leading the national programme, “Company of Good”, which brings together businesses to help them to engage in more strategic, sustainable and impactful corporate giving or corporate social responsibility. The SBF Foundation is one of the partners of the programme.

Interestingly, you could almost say that my experience at SBF has helped to shape my work today. The work at SBF enabled me to have greater empathy and appreciation for businesses interests and challenges, so that I am able to engage companies in doing good together more effectively today. 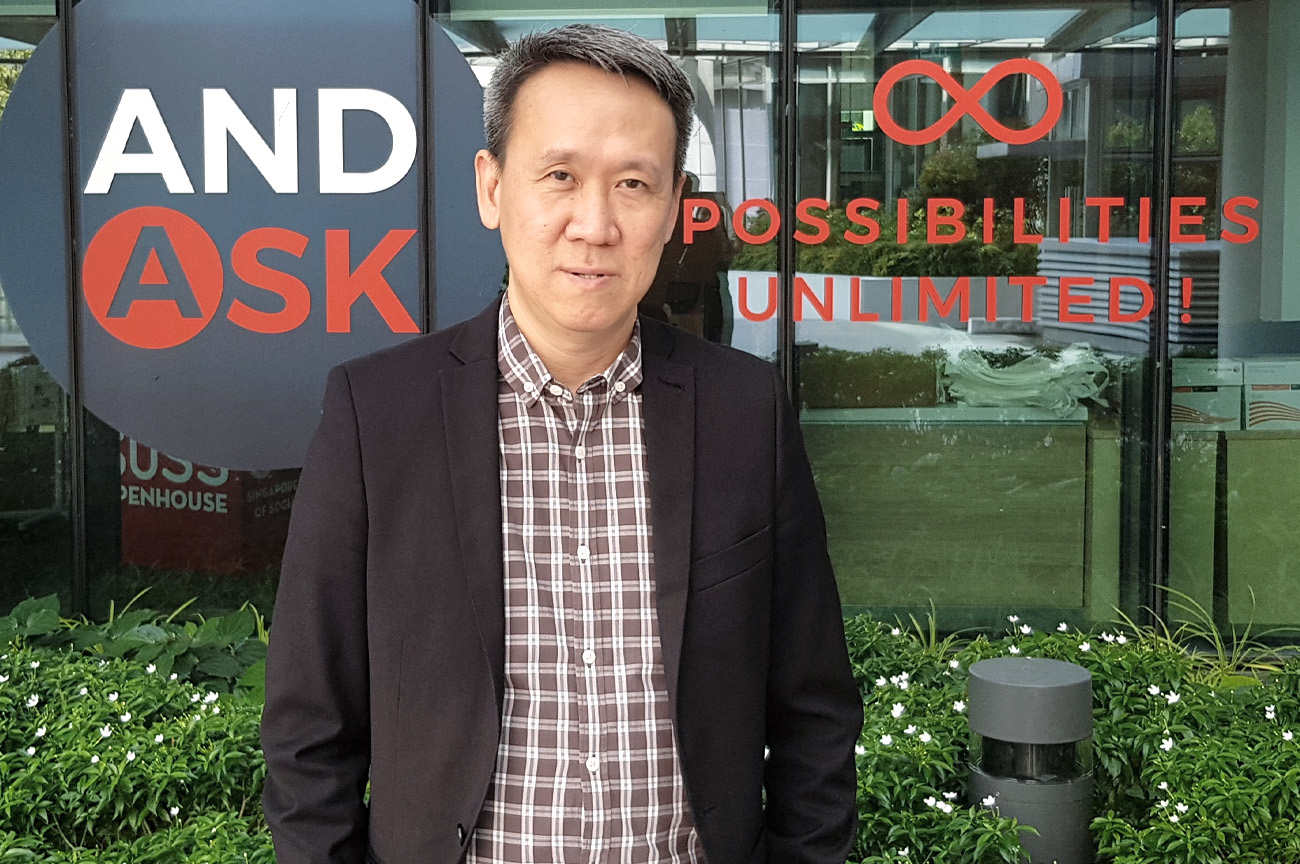 What period were you at SBF and what was your role there?
I was literally SBF’s Employee Number 1! I was involved with the Pro-tem Committee that helped to establish the Federation. I left SBF in October 2017 after 15.5 years.

During my time there I spearheaded and managed the Global Business team covering the Americas, Europe, Middle East, Africa, Central Asia and South Asia. I also covered regional economic and policy matters at Asia-Pacific Economic Cooperation (APEC), International Chamber of Commerce, ASEAN and East Asia. I was responsible for formulating and overseeing all market policies and programmes in the promotion and development of trade and investment in the markets I covered.

What were some memorable highlights working at SBF?
It was probably my appointment as the Executive Director for APEC Business Advisory Council (ABAC) in 2009. It was a 12-month, round-the-clock assignment where I led a team of senior executives from 21 economies working on the recommendations that ABAC eventually presented to the APEC leaders. These covered issues ranging from regional economic integration, sustainable growth, SMEs development and strengthening capacity building.

At the same time, I also led the strategic planning and execution of the APEC CEO Summit and APEC SME Summit, which attracted more than 1,500 participants, and featured prominent Heads of States such as Prime Minister Lee Hsien Loong, President Dimitry Medvedev of Russia and President Hu Jintao of China, and top business leaders and world renowned thinkers like the late Minister Mentor Lee Kuan Yew, Mr Jack Ma, CEO of Alibaba Group and Mr Rex Tillerson, Chairman of ExxonMobil, as speakers.

Any interesting anecdotes to share?
There was an incident at the APEC CEO Summit where one of the foreign guests tried to access the venue with someone else’s pass and was stopped by security. He “ran away” and the police was activated to investigate. I had to step in and resolve the issue with his country’s representative; otherwise he would probably have ended up in jail for a day!

What SBF initiatives do you think had the biggest impact on the business community when you were there?
SBF’s main functions are to be the voice of the Singapore business community and to facilitate business growth. The establishment of the Business Groups – each with a specific geographical focus where companies and government agencies can be tapped on for practical advice and networking – served these two key functions under a single platform.

On the macro level, the Business Groups serve as a “business think tank” to help both the private and public sectors interact with the business communities of Singapore and their target markets. On the company level, they provide practical information and networking to Singapore businesses so as to equip them with relevant market knowledge and capabilities. SBF now has six such groups covering ASEAN, China/North Asia, Africa, Middle East, South Asia and Europe/Americas.

What do you miss most about working at SBF?
My colleagues, who supported me through thick and thin. There were many projects where we had to work round the clock to meet deadlines and ensure the work was done. As a result, trust and friendship were built up over the years.

Where are you working now?
I am now with the Singapore University of Social Sciences (SUSS), driving its External Relations Office. SUSS is the latest autonomous university in Singapore with the mission of driving lifelong learning anchored in disciplines with a strong social focus.

A tool for transformation

Boosting business ties with the Netherlands